Todays show was jammed with Bills and Sabres content. From potential trades circulating the Buffalo football team…hint hint…Shady, to Jack Eichel’s howitzer! We were joined by Sal Maiorana of the Rochester Democrat & Chronicle. He stopped in to let us know his thoughts on the Buffalo Bills comeback win this past weekend, as well as his opinions on them signing Derek Anderson to sit behind Allen. Sal also discusses the potential trade that could be drummed up now that the Eagles need some help. We also spoke with Buccaneers QB and Buffalo favorite Ryan Fitzpatrick! The quarterback and longtime Sully friend called in to talk about the current state of the passing game in the NFL and what he thinks about the updates and changes happening around the league. DONT FORGET our usual ‘BUCK UP!’ segment was fire once again and Sully was bitterly ‘Salty’ in ‘Salty Sully’! The ‘ThermoSTAT’s were heated through the roof today as well…WARNING: This podcast is HOT! Back tomorrow @ 9AM! 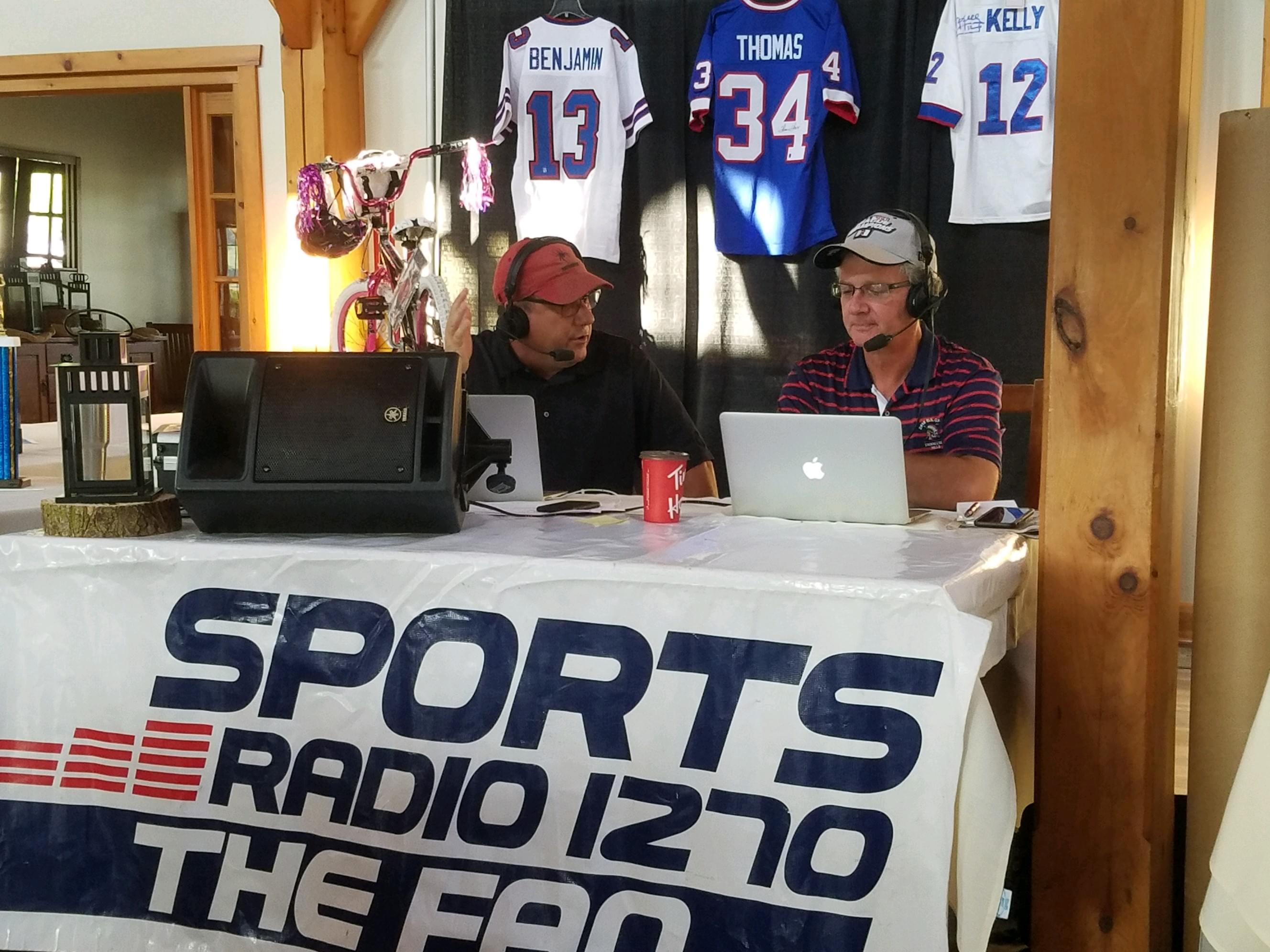 HOUR 1: We dove right into discussion about Allen now potentially being backed up by veteran QB Derek Anderson and what that could do for his development and success in Buffalo. We also touched on the potential of a trade involving Shady McCoy now that the Eagles starting RB Jay Ajayi is out for the season. Is Shady’s value worth selling him? We also had our boiling hot ‘ThermoSTAT’s’ to close the hour!

HOUR 2: We started right out of the gate with Bucky’s own ‘BUCK UP!’ and he had some great motivation for an important NY Yankee tonight if they hope to stay alive and play another day at Fenway. We got back into Sean McDermotts press conference from Monday and analyze what he had to say. Sal Maiorana of the Rochester Democrat & Chronicle stopped in as well to discuss his reaction to the Bills win this weekend AND what he expects this upcoming weekend versus the Texans.

HOUR 3: ‘Salty Sully’ returns and is he upset! Gotta hear who he is ripping! Tampa Bay Buccaneers QB and former Buffalo Bill Ryan Fitzpatrick stopped by to talk the current state of the NFL and the QB’s ability to be so dominant at this current time. He also touches on his overall takeaway from his ongoing career as a starter, back up and mentor in the NFL! We closed out the show with our ‘Shoutouts’ and recognizing all star potential!